Starbucks Has A Hit With Its Unicorn Frappuccino 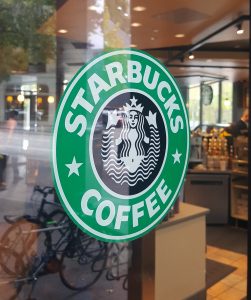 Starbucks’ (NASDAQ:SBUX) Unicorn Frappuccino was only available for a few days in April. Now, the company is saying that the short-lived product had a big impact. The colorful frappuccino that changed colors and flavors with a stir caused a significant bump in traffic at the chain. The increased traffic will also likely lead to an increase in the company’s third-quarter earnings this year.

Starbucks’ Unicorn Frappuccino generated the Instagram and Facebook posts the company sought. The picture-perfect drink was a big hit with customers, being featured in hundreds of photos on Instagram. Even some celebrity accounts got in on the fun, including the account of Katy Perry. Starbucks executive chairman and former CEO Howard Schultz called the drink “the most stunning example of our understanding of digital and social media and Instagram.”

Starbucks’ CEO Kevin Johnson said that Starbucks will be adding more limited edition novelty drinks to their menu in the future. Johnson said, “We will bring at least one new entirely new drink into Happy Hour this year that is going to be as good as Unicorn or better.”

U.S. same-store sales increased 3 percent in the second quarter ended April 2. The average check grew 4 percent in the period. Mobile order and pay now makes up to 8 percent of transactions at Starbucks

The biggest short-term problem is wait times inside locations where Starbucks’ mobile app is most popular. Starbucks said that in areas where mobile ordering is high, locations are getting crowded at peak times. Executives said they have added a digital order manager inside its busiest locations to help baristas track orders and speed throughput. Johnson said, “The actions we have taken to improve throughput are contributing to the acceleration we are seeing.”

Starbucks has also announced plans to open a new four-story Roastery on Chicago’s Magnificent Mile in 2019. The company has one of these massive shops in Seattle near its headquarters. It has been profitable, according to Schultz, with 20-percent same-store sales growth.

Additional Roastery locations are currently under construction in Milan, New York, Shanghai and Tokyo. Schultz said, “Wait ’til these roasteries open in these other markets. It’s going to change the company.”

ArcBest Downgraded by StockNews.com to Hold