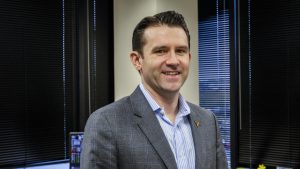 Sinclair Broadcast Group Inc. (NASDAQ:SBGI) announced Monday that it will acquire Tribune Media Co. (NYSE:TRCO) in a multi-billion dollar deal. Sinclair is buying Tribune for $3.9 billion plus the assumption of about $2.7 billion in debt. Tribune shareholders will receive $35 and 0.23 of a share of Sinclair common stock per share of Tribune stock.

The deal is still subject to approval by the U.S. Federal Communications Commission. The deal comes just weeks after the FCC voted to reverse a 2016 decision limiting the number of television stations a broadcaster can buy. A combined Tribune and Sinclair could face some regulatory challenges which could result in divestitures.

Chicago-based Tribune is the former parent company of the Los Angeles Times and Chicago Tribune. Tribune spun off its publishing properties into a new company in 2014. Tribune currently has 42 TV stations in 33 markets across the U.S. WGN in Chicago is Tribune’s flagship station and it has owned KTLA in Los Angeles since 1985. Tribune also owns the cable network WGN America, Chicago radio station WGN, the Antenna TV and This TV networks, and a stake in the Food Network, as well as real estate assets.

Baltimore-based Sinclair is the country’s biggest TV station ownership group. Sinclair owns 139 TV stations, many of which are affiliates of ABC, CBS, NBC, Fox, and the CW. Sinclair CEO Chris Ripley said in a statement, “This acquisition will create a leading media platform that includes our country’s largest markets and will further our commitment to connecting people with content everywhere.”

Sinclair beat out other competitors, including local station ownership group Nexstar, in the Tribune auction process. Fox Networks Group Chairman Peter Rice said last week that Twenty-First Century Fox was looking to buy Tribune Media in a joint venture with Blackstone Group LP. However, according to a source familiar with the matter, Fox never submitted a bid. Representatives for Fox and Blackstone both declined to comment.