Shipments of PCs Continue to Drop 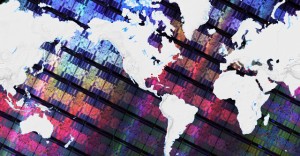 Personal computer shipments worldwide dropped during the quarter ending in September, as makers of PCs did not received a significant boost from the Microsoft launch of its new operating system Windows 10, shows data from two data trackers on Thursday.

The International Data Corp said its shipments fell 11% to just 71 million units, which was a bigger drop than had been expected during the third quarter, while Garthner a rival researcher showed that shipments were 73.7 million, which for them was down 7.7% from the same time a year ago.

Lenovo Group remained atop global PC sales while Hewlett-Packard was the top seller in the U.S.

PC sales started slowing down a number of years ago when consumers shifted their spending to smartphones and tablets. Sales briefly rebounded in 2014, reflecting purchases by businesses as support by Microsoft was phased out for Windows XP software.

However, condition softened again during 2015, which, some of the analysts in the industry linked to customers waiting for Windows 10 and Skylake the Intel Corp’s sixth generation Core processor family that was expected to increase performance and lower power consumption.

Both companies announced on Thursday that many users were opting to upgrading their existing PCs with the new launch of Windows instead of purchasing only new hardware.

Gartner added it expected that the roll out of Windows 10 would bolster holiday sales and IDC said the new software and chips could represent the biggest reason in years for the consumer to upgrade their PC.

Companies are also struggling in limiting price swings as the shifting currency exchange rates, inhibited shipments during the quarter.

Worldwide Lenovo was No. 1 in shipments with close to 20% of the market with HP, Dell, Apple and Acer following, according to both companies.

Lenovo showed solid growth in the U.S. with its market share going up 20% offsetting weakness across Europe and Japan.