Constellation Brands Beats on Profit as Sales of Beer Jump 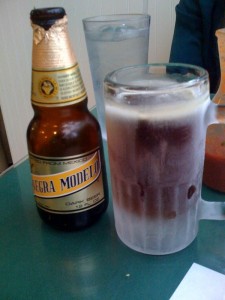 Constellation Brands profit for the quarter easily beat estimates by analysts and the company increased its full year forecast for adjust profit again, driven by sales increases of beers under its Modelo and Corona brands.

Shares of the company were up 3.8% in Wednesday premarket trading.

Constellation has benefitted from strong demand from the increased population of Hispanics in the U.S. who prefer the beer brands at the company such as its Modelo Especial and from other beer drinkers switching to its Mexican beers.

The company announced in June that it would invest over $2 billion in its operation in Mexico in order to expand its brewery and bottling plant located in Coahuila.

Constellation said Wednesday that its net beer sales were up 14% to over $1.02 billion during the quarter that ended August 31, accounting for over 59% of its overall net sales.

Net sales in the spirits and wine business of the company, which includes Svedka Vidka and Robert Mondavi wine dropped 0.3% to just over $713.9 million, which were hurt by the strong U.S. dollar.

Net income that is attributable to Constellation rose to just over $302.3 million equal to $1.49 a share during the quarter, compared to $195.8 million equal to 98 cents a share for the same period one year ago.

Excluding certain items, the company had earnings per share of $1.56, while net sales were up 8.1% ending the quarter at $1.73 billion.

Analysts expected that earnings per share would be $1.32 with revenue reaching $1.73 billion.

Constellation increased its forecast for adjusted earnings to between $5.00 and $5.20 a share from its $4.80 and $5.00 for its year that ends February. It had already increased it at one time this past July.

The company announced that it is now expecting that operating income in its beer business will grow between 15% and 18% for its full fiscal year, which is up from what it predicted earlier of 13% to 15%.