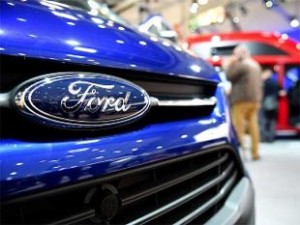 Ford Motor Co will invest $1.8 billion to develop new technologies that are aimed at attracting car buyers in China, underlining the importance of China to automakers despite the slowing growth of sales.

The automaker based in Detroit said on Monday it would expand its R&D center in Nanjing a city in eastern China and work on smartphone connectivity, autonomous driving, power trains that are more efficient and other new technologies.

Global automakers look at China as one key source of growth in sales and are now spending heavily in an attempt to appeal to the tastes of the Chinese. Some carmakers have broken with their strategy of selling their same models worldwide and are making vehicle only for China.

Automakers have stepped up their investment despite a sharp downturn that was unexpected this year in sales. During July, General Motors announced an initiative of $5 billion with its main partner in China to develop new vehicles only to be sold in China, India, Mexico and Brazil.

Auto sales declined in China for the third consecutive month during August contracting 3.4% from the prior year during the same month. August sales at Ford in China were down 3%, while its sales year to date was down 1%.

Demand has taken a hit due to congestion in Shanghai, Beijing and other large cities that have made it less attractive to own cars and by efforts of officials to curb traffic along with smog by limiting the total number of registrations of new cars.

Ford said the features it is hoping to offer in China are introducing the SYNC 3, a system that gives hands free control of telephones, climate control, entertainment and navigation.

Ford said it would add a new test center for vehicles in Nanjing, expanding the ability of the carmaker to develop its products in China.

In April, Ford along with a local partner announced it would spend over $1.1 billion on a factory in northeast China.