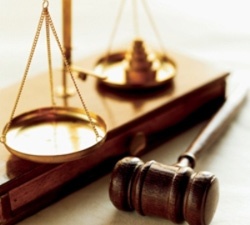 Reports say that the justice Department in U.S. has a surveillance program that leads to private information from personal mobile phones being collected.

A well-known national newspaper reported that this program has been in used since 2007, where Cessna aircraft is involved in collecting data.

A small aircraft, with an attached sensor underneath is used for this program. The aircraft is able to determine when a user connects his or her mobile phone to a cellular tower. It is able to retrieve information about location and different kinds of information without the user being aware of it.

In simple terms, it uses a small defect to retrieve private information from citizens and other in the U.S.

What is unknown is how much information can be seen by the authorities running this program. The newspaper reported that this program runs in five areas at minimum and possibly more.

These five areas are considered where the majority of visitors travel to in the U.S. and where the most pertinent information about security can be obtained without the callers knowing.

The article said that in one flight of the drone with the detector working that thousands of mobile phones could be pinged.

This program is not viewed by the government as an invasion of privacy, since they consider its function as a way to help protect the country.

The policy says that the information taken will be used only if it is completely necessary, and most of the time it is just deleted not causing any harm at all. This program, on a number of occasions, has been used in the detection of criminals, including drug dealers.

Cell phone companies most of the time do not give out information since it is considered an invasion of privacy.

Therefore, the government has had to take on the responsibility of finding ways to gather that information themselves in order to help them find criminals and protect the country.

Of course, this is currently just a rumor with complete confirmation of its existence. However, when a Department of Justice worker was ask about the program, he would neither agree nor deny that it existed.