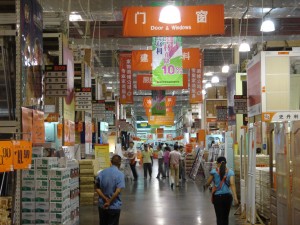 Home Depot Inc the No. 1 chain of home improvement stores in the world reported a quarterly profit that was better than had been expected as the improving jobs market has encouraged Americans to spend additional monies on renovations.

That includes costs of more than $34 million related to the breach in debit and credit card data from April through September.

Home Depot said it might face other cost related to the breach including some legal action that might have an impact materially on its results for its fourth quarter as well as future quarters moving forward.

The retailer is currently facing a minimum of 44 lawsuits that are related to the data breach in Canada and the United States.

Shares at the company were off by 0.4% in Tuesday morning premarket trading.

On September 18, Home Depot said that hackers had stolen details from over 56 million debit and credit cards.

The retailer announced in early November that close to 53 million emails were stolen as well in the attack.

Sentiment for U.S. homebuilders reached new records during the period from August through October as a strengthening job market opened up a pent-up demand for renovations as well as new homes.

Net income at Home Depot was $1.54 billion equal to $1.15 a share during the quarter ending November 2. That was compared to $1.35 billion equal to 95 cents a share for the same period last year.

Through the close of trading on Monday, shares of Home Depot were up 6.5% since revealing to the public the massive data breach.