Richest Man in China Loses $15 Billion in An Hour 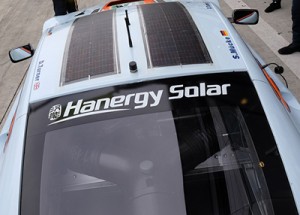 Li Hejun the richest man in China had a bad week this past week. The chairman of Hanergy the solar panel company lost over $15 billion Wednesday when company shares dropped by 47% in trading on the Hong Kong exchange in just over an hour.

The company had more than $18.6 billion wiped from its market value. Trading in shares of Hanergy was stopped on Wednesday pending what the company said was the release of an announcement that contained inside information. The business did not comment on the announcement and shares remained suspended.

Li owns more than 80% of the solar company. he did not show up at the annual shareholders meeting Wednesday, which began the plunging of shares. A spokesperson for the company said he had been attending the clean energy Hanergy exhibition that was in Beijing.

A lack of a statement by the company added to confusion that caused the stock to crash. Bespoke Investment a wealth management and research firm in New York called the state of Hanergy a mess.

Another mystery crash took place Thursday in Hong Kong as well. Goldin Properties and Goldin Financial owned by Pan Sutong a billionaire plummeted 40%. Both the companies said they were unaware of why the shares had plunged and they did not have any new information to disclose.

Like Hanergy, both companies had soared over the last year to astonishing highs on the stock exchange.

Regulators, analysts and investors have questioned the rapid rise in share price at Hanergy and how the business was turning profits for months.

Prior to the plunge on Wednesday, Hanergy shares had surged more than 625% during the last 12 months, making it seven times larger than First Solar, the top solar firm in the U.S. In April at its peak, the business was worth over $45 billion, which allowed Li to overtake Jack Ma the co-founder of Alibaba as the richest man in China.

However, that climb sparked rumors and questions over manipulation of the market and concerns came to light earlier in 2015, when the company announced that 60% of its sales were from its parent company based in Beijing.