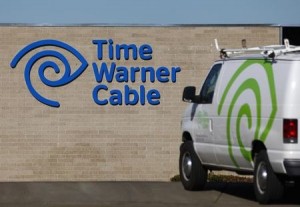 Charter Communications is closing in on a deal to acquire Time Warner Cable for $55 billion that would boost the cable operator up to the rank of one of the largest pay television and broadband companies in the U.S., creating a potent rival for DirecTV and Comcast.

The companies are currently holding advanced talks for a deal that includes both cash and stock that would put a value per share for Time Warner Cable of $195. Charter would offer Time Warner Cable $100 for each share with the rest in stock.

As part of the same transaction, which could be officially announced by Tuesday afternoon, Charter would also merge with Bright House Networks a small operator. The new combined cable behemoth would have more than 23 million customers, which would be second to just the 27 million that Comcast has amongst all cable operators.

The news of these advance talks comes just one month after Time Warner Cable went up for sale again after Comcast ended its planned merger in face of serious regulatory pushback. A Charter and TWC deal could also see stringent review by Washington, some analysts said.

For Charter, which has residential subscribers in the range of 5.9 million in over 25 states is backed by Liberty Broadband Corp and a union with Time Warner would be two years worth of efforts come true to become a bigger cable player in the U.S. and a catalyst for consolidation in the industry.

Charter is hoping that the increased scale will help it navigate the choppy waters in the industry. Operators must contend with an onset of cord cutting as consumers have become frustrated and have dropped packages and increased subscriptions for video streaming from Netflix, Apple, as well as HBO and Showtime.

In 2013, numerous offers by Charter to buy Time Warner Cable were rebuffed. Those efforts culminated in last year’s hostile bid that was stopped when Comcast made its deal for TWC that was ended last month.