Profits at Airlines Soar as Prices of Fuel Drop 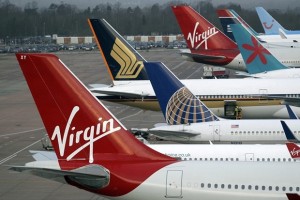 At a top airline, executives’ meeting this past week in Miami the word every executive had on his or her lips was discipline, which translates to few seats, high ticket prices, and larger profits.

Despite plunging fuel costs, the single biggest airline cost, little of the savings is getting passed on to passengers, but instead, there are record profits.

The profit outlook was raised by the International Air Transport Association for the airline industry to over $29.2 billion, a new record high, which is up close to 80% from 2014.

At the same time, passengers have only seen an average airfare reduction of 66 cents for the most recent quarter. They will soon see more passengers on board making for more crowded airplanes as airlines continue with fewer flights and larger capacity.

An industry trade group, Airline for America, predicts that 2.5 million air passengers each day will fly on airlines in the U.S. between June 1 and August 31, which is up from the 2.29 million over the same period in 2014.

To accommodate the increase of 4.5% in number of passengers, the airlines said they would increase the amount of seats by 4.6%.

What that boils down to is the flying experience will stay roughly the same – crowded, cramped and with no breaks in prices anywhere in sight.

At the same time, the airlines are becoming better at squeezing in additional passengers. Boeing is set to unveil a new design later this month that is adding between 2 and 14 additional seats by making even smaller. The plan will make the bathrooms smaller on the outside and increase the passenger space on the inside.

What Boeing is basically doing is reducing space allotted to wiring, pipes and different support brackets and then increasing the space for passengers, which makes for a smarter design.

At Delta Air Lines, they are experimenting with the pre-loading of carry-ons by passengers in what they are calling early valet. The agents will cruise through the gate area asking the waiting passengers if they want to participate. Then those bags would be tagged and be pre-loaded overhead. Besides a convenience, it will also help airlines save more time.