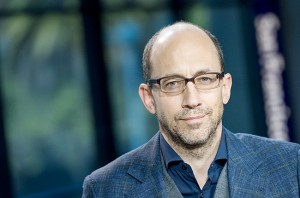 Twitter Inc has announced that CEO Dick Costolo will step down from his position July 1. Investors received the announcement with optimism as shares were up in both premarket trading and midday trading for the 140-character micro-blogging social media site.

However, analysts said the company had a future that is uncertain unless it is able to reverse the slowdown it has suffered in user growth by adding new features to help win it a larger chunk of the digital advertising market that its rivals like Facebook are dominating.

Twitter at present has 300 million users, which could make it a very good takeover target said some analysts, with Google mooted as a possible suitor.

Possible buyers were interested previously in purchasing the company and during the period of search for a new CEO, some analysts believe that acquisition possibility would be heightened.

Twitter’s market value currently is $23.5 billion, which suggests a bid could be in the range of $30 billion. A deal however, says one analyst was unlikely in the short term as it would have been a good alternative to a change of CEO.

However, now the important issue for current investors is the lack of clarity on the prospects of the company.

Analysts have said that the new Twitter CEO will have to put the monetization of the product off for the moment and focus on increasing user growth.

One analyst said he believes the CEO might be able to better define the company as a platform that is event driven, attract branded, large advertisers and respond with more speed to the changes in the marketplace.

Much of that however depends on whom the company will eventually take on as the CEO.

Candidates include Ross Levinsohn the former CEO at Yahoo, Mike McCue, the current CEO at Flipboard the newsreader app and Kevin Systrom the founder of Instagram.