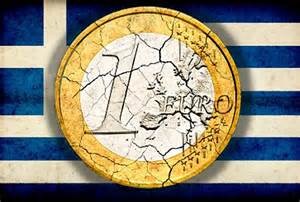 Alexis Tsipras the Prime Minister of Greece has lashed out at his country’s creditors Tuesday accusing them of attempting to humiliate the Greeks as he has defied a number of warnings that Europe is preparing for Greece to leave the common currency euro.

His address to Greek lawmakers following the collapse of bailout talks with lenders from the IMF and Europe during the weekend was the most recent and clearest sign yet that the leader has no intention of making a U-turn at the last minute.

Nor will he accept the austerity cuts that are needed to unlock aid that has been frozen and avoid default on debt within just two weeks.

Financial markets have been for months very indifferent to the wrangling over the billions in aid for Greece, but have reacted with much alarm.

Stock markets across Europe touch upon their lower marks since February. At the same time, the risk premium for bonds of other vulnerable states in the euro zone leapt the most volatile session since the height of the debt crisis in Europe in 2012.

While the Chancellor of Austria made his way to Athens to warn Greece’s Tsipras of the gravity of what is taking place, a senior German lawmakers openly discussed a once taboo thought of Greek exiting the euro, Tsipras lashed out at IMF and European policy.

Tsipras charged that lenders were motivated politically in their demand of pension cuts and hikes in taxes that hurt the poor. He said their aim was to humiliate not just the government of Greece but an entire population.

The Greek leader’s rhetoric left it unclear if he is preparing to risk economic collapse by defaulting as the price of standing firm or betting on a last minute European effort to save the country from leaving the common currency group.

Angela Merkel the Chancellor of Germany who has had repeated phone conversation with Tsipras trying to press him to agree to the IMF/EU reforms, spoke in a despondent way saying it was not clear if a deal would be found when finance ministers from the Euro zone meet in Luxembourg on Thursday.