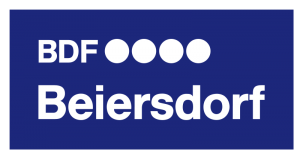 The Nivea skin maker, Beiersdorf AG saw an improvement in margin amidst a push in emerging markets. The company reported profits for the full year that beat estimates and forecast additional gains in its profitability for this year during its push into more emerging markets to counteract Europe’s slower growth.

Earnings, prior to taxes and interest and excluding one-off items, reached 13.2% of company sales in 2013, which compared to 12.2% during the prior 12-month period.

The Hamburg, Germany based company said sales for the current year should increase 4% to 6% and that profit margin would improve somewhat. The earnings results and comments helped push the shares for the company up by 2.5%.

The Labello lip balm maker will expand in China as well as other emerging markets as consumers in Europe continue to keep their spending lower. Stefan Heidenreich, the CEO has been spending money on new product development. He has extended the Nivea line of products.

Beiersdorf was up 1.9% on Tuesday at midday in Frankfurt. The stock pared its 2.4% losses it took in trading early on Tuesday.

The CEO told reporters that the company might make some acquisitions with the cash it has one hand. At the end of 2013, the company held cash and its equivalents in the amount of $1.35 billion.

In China, the company is expecting growth in the double-digits. The company is also anticipating breaking even in China following years of being in the red.

The emerging markets are not as profitable as North America and Europe, which means production needs to be expanded to reach China’s critical mass as well as in other markets. Sales in Africa, Australia and Asia now are close to 27% of the entire revenue for the company.

Last year, net income was over 543 million euros, which topped the analysts’ estimates of just over 532.5 million euros.

Earnings prior to special items, tax and interest was up to 814 million euros from last year’s 735 million euros.

The company will pay its annual dividend that has not changed of 70 cents euro per share.