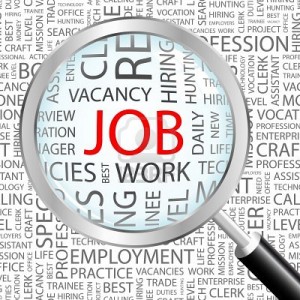 In February, the job market in the U.S. rebounded from a slump of two months as employers increased jobs by 175,000, while the rate of unemployment rose from 6.6% to 6.7%, said the Department of Labor on Friday.

The report exceeded most analysts’ expectations pumping up the futures on the stock market prior to Wall Street’s opening bell.

Economists had estimated that the economy would add 157,000 new jobs for February. Businesses increased by 162,000 new jobs, led by the business services, professional and healthcare and education sectors. Local, state and federal governments added just over 13,000 new jobs.

Despite the strong advances in payroll, the rate of unemployment, which comes from another separate survey moved up because the amount of people in the labor force increased by 264,000, including those workers previously discouraged who resumed job searches.

Some other indicators in the labor market were mixed. The average hourly workweek dropped from 34.3 hours to 34.2 with poor weather during the monthly the likely factor that contributed to less hours, while the average earnings per hour increased by 9 cents to $24.31.

One possible positive sign is that temporary employees were up by 24,000. Companies typically add workers on a temporary basis prior to adding permanent staff.

A broader measure of job market distress that includes employees who are part time who prefer jobs that are full time and those people who have stopped looking for new work, as well as those unemployed fell from 12.7% to 12.6%.

A number of analysts predicted one more month of tepid gains in jobs following a survey from ADP the payroll processor that said only 139,000 jobs were added.

Service sector work dropped sharply during February, while reports on retail sales, factory output and housing are week amid a winter that has been unusually stormy and cold.

Job gains monthly averaged just over 200,000 last fall, prior to the weather that helped to lower the monthly gains to nearly half that amount during December and January.