Bond Sales on Wall Street Being Probed by Feds 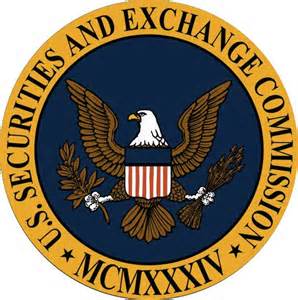 The U.S. Securities and Exchange Commission has started an inquiry over claims that large investment banks, including Citigroup and Goldman Sachs, have favored the largest investors in sales of debt from companies including Apple and Verizon.

The regulatory agency has launched the inquiry by asking for information from a number of investment banks regarding the way they allocated offerings on sales of new debt from Apple and Verizon.

According to sources that were unnamed, Citigroup and Goldman Sachs were just two of the banks cooperating with the inquiry by the SEC over allegations of preferential allotments of bonds.

There has not been a suggestion of wrongdoing by a bank and investigators are still in a very early stage, with officials sending requests for information for the last quarter of 2013.

This inquiry mirrors ones of over a decade ago into banks on Wall Street that sold shares in the most popular IPOs of tech companies during the dotcom boon greatest years.

That inquiry by the New York Attorney General led to payments of penalties in excess of $1.4 billion by 10 banks that included Goldman Sachs, Deutsche Bank, UBS and Solomon Smith Barney, currently a Citigroup subsidiary.

That settlement led to many new restrictions on how share sales were handled, including placing Chinese walls between research teams and their underwriting.

This latest inquiry has said to be centered on claims that better terms were offered by investment banks and large chunks of more attractive debt offerings to the largest investment houses in an attempt to get additional business from large fund managers.

According to a large newspaper, the SEC has requested the details about the sale of debt offerings in the multibillion dollars by Verizon, which this past September sold a bond of $49 billion that was record breaking, as well as one for $17 billion by Apple, amongst others.

No spokesperson from either Goldman Sachs or Citigroup was available for comment.

Shift4 Payments, Inc. Given Average Recommendation of “Buy” by Brokerages