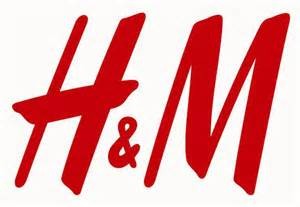 Hennes & Mauritz the Swedish fashion retailer says earnings increased by 12% during the 2014 fourth quarter boosted by growth in China and the United States.

Net profit for the fourth quarter was 6.21 billion Swedish kronor or $754 million. That was up from the 5.5 billion kroner during the same period one year ago. Sales were higher by 17% to end the quarter at 42.5 billion kroner, said the company, which is headquartered in Stockholm.

The results came in slightly under analysts’ predictions and the share price at H&M dropped by 1.7% in early Stockholm trading on Wednesday.

The company, which is expanding rapidly, opened 379 stores in 2014 and is planning to open close to 400 more in 2015, with most in the China and U.S. but in new markets as well such in South Africa, India, Peru, Macau and Taiwan.

H&M, known for low-price, fashionable collections for the mainstream consumer now has over 3,500 stores across the globe and more than 132,000 employees.

The clothing retailer is also expanding its sales online. Last year the retailer opened its store online to customers in China, France, Italy and Spain.

The retailer, which is the No. 2 world fashion retailer, is investing in new clothing concepts such as designer collection, sportswear and higher price brands including COS in attempt to protect its margins over a long period as discount retailers such as Forever 21 and Primark push down prices.

By doing so, the fashion retailer is moving into new territory of its rival Inditex, owner of Zara the mid market brand, which is looked at as less exposed to the competition from the budget brands and positioned better to benefit from the increased sales online.

The strategy has its price with CEO Persson saying cost for long term investments would increase.