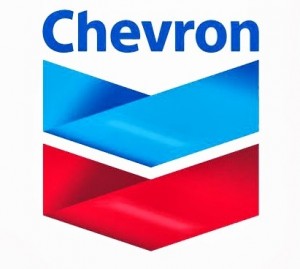 Chevron Corp has slashed its budget for drilling by more than at any time in the past 12 years. The company said it might delay some projects in shale as producers of energy across the globe hoard cash as well as curtail ambitions due to oil prices being in a free fall.

Chevron targeted capital projects of $35 billion this year, which is down 13% from 2014’s $40.3 billion. It was the biggest reduction in annual spending by the company since 2003, when expenditures plummeted 26% and prices of crude were half the current levels.

Still there are other producers that have slashed more, with some oil companies, slashing spending by over 50% recently.

The retrenchment by the second largest energy producer in the U.S. followed the weakest quarterly performance in profit at Chevron since the financial crisis over 5 years ago.

The results per share were 22 cents more than the estimates of analysts.

Chevron dropped 0.8% in early trading on Friday. The stock has fallen by 11% over the last year.

John Watson the CEO and chairman said last fall that he would look beyond the current declines in prices of oil when assessing profit potential for energy projects in the future.

Despite a dramatic fall in oil prices, the fundamentals in the market remain attractive, said Watson in a prepared statement on Friday.

The vast majority of spending this year by Chevron will be supporting ongoing production, which includes fields in Texas and California that are decades old, as well as projects currently under construction.

Chevron said spending would account for over $26 billion of its $35 billion total budget with $3 billion in exploration.

Chevron announced that all projects would go up against a test of current conditions in the market especially the shale assets. Chevron expanded investments in its deep-sea oil fields as the prices of crude fell nearly 60% since mid June.