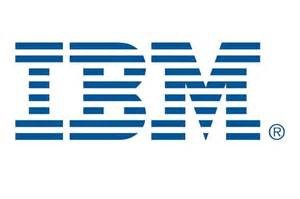 Last week a tech blogger wrote that IBM was scheduling a layoff of up to 26% of its workforce or close to 112,000 workers, in a huge restructuring move.

The cuts, wrote the blogger would be predominantly focused on the struggling mainframe and storage businesses at IBM.

IBM quickly responded that with a no comment that was as long as there ever has been.

Big Blue said it does not make comments on any rumors, even baseless or ridiculous ones. If anyone checked the information that was available from the earnings statements or had asked, they would be aware that IBM already announced the company was taking a charge of $600 million for rebalancing the workforce.

This equates to many thousands of people, a minute fraction of what was reported in the blog.

IBM has already announced in effective that it plans to cut thousands of positions. IBM has over 430,000 worldwide employees and noted that it hired last year more than 45,000.

IBM, at this time, has 15,000 openings for jobs for its growth areas, such as in analytics, cloud, security and mobile and social technologies.

IBM analysts however are skeptical of the blog report as well. One analyst said the report was an exaggeration.

However, the blogger says he has all the confidence in the world in what he reports. He added that IBM as this point is only calling him names and nothing more.

On Wednesday, he said a huge layoff would come and the numbers he saw were from between 24% and 27%.

IBM is not a stranger to huge layoffs. It owns the distinction of having the largest layoff of all time at 60,000 back in 1993.

The company is in trouble as well. It was the worst performer on the Dow Jones in 2014. Sales have been slumping for three years and the weak economy globally combined with below par sales execution has led to a softening demand for close to all of the core products at the company.