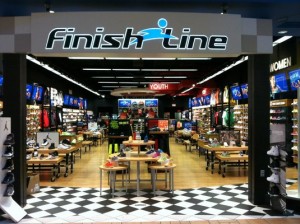 Finish Line announced that its profit had slipped during its most recent quarter as overhead expenses that were higher offset a slight increase in its revenue.

Sales at its stores opened for a minimum of one year were higher by 1.5% during its second quarter.

The metric cooled after it jumped by 5.5% during the quarter before, and the deceleration had been sharper than most analysts were anticipating

For example, some were expecting as much of a 4% increase, saying during the week that growth in athletic footwear moderated from the beginning of the last quarter, partly due to the Labor Day holiday falling later in the month.

Overall, the company reported profit of just over $25.9 million, which was down from the same period one year ago of $26.2 million. On the bases of shares, Finish Line earned just over 57 cents a share, which was higher that same time last year of 54 cents due to lower share count.

The company has repurchased close to $4.6 million worth of shares during the most recently ended quarter.

Analysts were projecting 57 cents a share in earnings with revenue of $490.8 million.

The company, based in Indianapolis, has seen results in it recent quarters be crimped by additional promotions and lower traffic in malls, factors that many retailers are facing.

The results by Finish Line come after Nike the sportswear apparel maker one of the main suppliers of Finish Line said that profit for its most recent quarter had surges by 23%  on growth in revenue of 5% owed partly because of its strength across China.

For its full year, Finish Line has affirmed its current forecast of sales for same stores and growth in earnings in the low- to mid-single digit range.