Shell Pulls Out of Exploration in Arctic 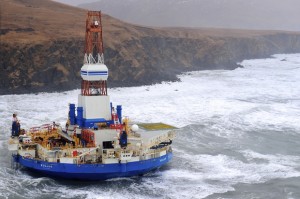 Royal Dutch Shell has abandoned its search in the Arctic for oil after it failed to find sufficient crude. The move appears to appease environmental campaigners along with shareholders who said the project was too risky and too expensive.

This withdrawal comes six weeks following the last clearance by the U.S. and three months after the company was still defending this project.

That is a rapid change of heart for a company so large that shows it is setting up for a long term period of low prices of oil while attempting to close its takeover of $70 billion of its rival BG.

Shell spent close to $7 billion on the exploration in the waters off the state of Alaska thus far and said it might take a hit of close to $4.1 billion for leaving the Chukchi Sea, which is treacherous where icebergs can be the size of Manhattan Island in New York City.

The campaign that ended without success is the second major Shell setback in the Arctic following its interruption of exploration for three years during 2012 when a large drilling rig became free and ran aground.

Environmental activists and shareholders also have pressured Shell to drop its drilling in the Arctic. Some were worried a spill of oil would harm the many protected species while others were concerned that the cost after the prices of oil more than halved in less a year.

Shell announced its decision to withdraw from the region reflected poor results from its exploratory well Burger J, the high costs of the project and the unpredictable regulatory environment of the federal government in the area off the coast of Alaska.

A source at Shell said the oil giant had found that regulations in the U.S. were very prescriptive and in certain cases were even contradictory making it hard to navigate amongst the regulatory process.