CurrentC a Rival to Apple Pay Rolling Out in August 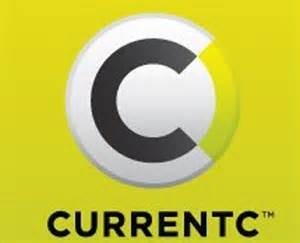 Electronic payment system CurrentC backed by a number of the largest U.S. retailers, will start a limited rollout to the public in August, and says a national business news agency.

The technology which is smartphone based is intended to rival that of the payment systems offered by Google, Samsung and Apple and a launch in August would be in line with the company’s schedule it released during April.

CurrentC will offer the convenience its rivals are offering enabling the consumer to pay at retail outlets that are participating.

However, instead of relying on the wireless NFC on the phone’s chip, CurrentC’s first generation system involves the customer scanning the barcode on a terminal to begin the payment.

That has been receiving criticism from those that support rival systems as being cumbersome, but until the trials begin, it will be difficult to make an evaluation on how different their system is.

It is too early as well to tell if convenience is the sole factor that makes a difference from competitors.

Merchant Content Exchange or MCX, the group that is operating the service, said it would start by debiting money from a bank account of a customer, instead of charging a credit card.

By doing that, it saves a few percent they lose in fees for credit cards on every transaction and is one of the big benefits to retailers who are members.

However, it could be important in attracting users if some of the savings are passed on to the customer.

CurrentC has been tested already in a number of markets that were undisclosed across the U.S., but its use was restricted to employees at member retailers, which include 7-Eleven, Sears, Walmart, Dunkin Donuts, Gap, Best Buy and Exxon Mobil.

Apple Pay has received a positive response to its payments systems, but the biggest question for everyone is if the consumer is ready to stop using either case or a credit card to make his or her payments.