Charges for Restructuring Eliminate Nearly All Profit at Xerox 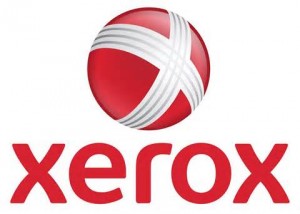 Xerox Corp hardly managed to end the second quarter with any profit after the copier and printer maker took a huge charge related to a revamping of its business, which provides care-management and administrative services to government programs in healthcare.

Xerox, whose stock was down in trading before the bell by 0.7%, announced last week that it would have a charge of close to $145 million due to restructuring its business.

Xerox based in Norwalk, Connecticut does not disclose figures of profit for the healthcare business it has, but analysts said it remains unprofitable.

The restructuring of the company is aimed at making the health care profitable over the long term by lowering costs of start up.

The business is currently contributing $2 billion in revenue, said a spokesperson for the company last week.

Xerox and rivals Lexmark as well as Hewlett Packard are focusing on software that is high-value and its service businesses due to corporate customers reducing printing in order to lower costs. Clients are also shifting to mobile devices as well.

Xerox has expanded geographically through different acquisitions and has streamlined operations by eliminating assets that are non-core.

The company acquired Healthy Communities the provider of cloud platform during the second quarter to increase its healthcare company.

The company announced on Friday that it would be increasing its repurchases of stock by another $300 million and now stands at $1.3 billion. It also said it would lower spending on its acquisitions.

Including its charges, Xerox’s net income that was attributable to the company dropped to just $12 million during the quarter equal to 1 cent a share from last year’s $266 million equal to 22 cents a share.

Xerox said it was expecting to incur more charges for restructuring of 1 cent a share during the current quarter.

The continued strong dollar has had a negative impact of 4% on total company revenue added the company.