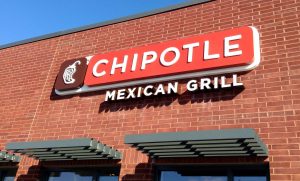 Chipotle (NYSE:CMG) will officially launch its first-ever rewards program on July 1. The new program is named Chiptopia Summer Rewards and will last for three months, July through September. You can get a rewards card at a restaurant, but you have to register online to redeem the rewards. Chipotle executives first announced the creation of a loyalty program back in April. The company trademarked the name of the program in May.

Chiptopia will reward customers for making multiple paid visits to Chipotle within a given month. Only one visit per member, per day counts toward Chiptopia rewards. The member must make a purchase of $6 or more for the visit to count. Redeemed rewards also count as a purchase. However, you don’t earn extra rewards for buying two meals at one time. At the end of each month, the purchase totals reset to zero, instead of accumulating throughout the entire three months.

Rewards include free food and merchandise. Customers who sign up in July will get a free chips and guacamole with the purchase of any entrée. Program participants can earn their way into three “status levels”: Mild, Medium, and Hot. Free entrees are awarded after reaching each status level. Regular rewards earned during Chiptopia will expire 30 days after they are earned.

Customers who maintain the same status level for three consecutive months are eligible for bonus rewards. Those bonus awards include an additional free entrée for achieving Mild status, $20 in Chipotle merchandise for achieving Medium status, and a $240 ‘Catering for 20’ reward for achieving Hot status. Mild and Medium bonus rewards will expire on December 31, 2016 and the Hot Bonus Reward expires on March 31, 2017.

If the program is successful, it may become permanent. Mark Crumpacker, Chipotle’s chief creative and development officer, said in a statement that the company would be “using what we learn as we consider the design of an ongoing rewards program.”

Chipotle is trying to stem steep traffic losses after a debilitating food-safety crisis earlier this year. The company’s restaurants are just now beginning to recover from the double-digit comparable-store sales drops that occurred as the crisis unfurled and deepened. In the first quarter of 2016, its revenue tumbled 23 percent to $834.5 million because of a 21 percent drop in transactions. Chipotle reports second-quarter results on July 21.