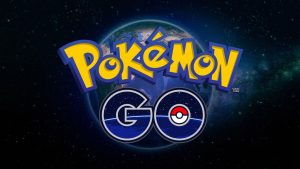 Nintendo (NTDOY) shares got a big boost on Monday on the strength of its new Pokemon Go app. Shares of the company closed up 24.52 percent on Monday, rising to 20,260 yen ($199.70) a share. On Friday, the company’s stock rose 8.9 percent before the close of trading. In the past two sessions, the company has increased its market value by about $7.5 billion.

Nintendo has turned the 90’s era game into one of the hottest apps in the world. The app has experienced chart-topping performance since its release in the U.S. on July 7. By July 8, the app was installed on more than 5 percent of Android devices in the United States. It is now on more Android phones than the wildly popular Tinder dating app. Pokemon Go is also dominating the list of top free apps on the App Store in the U.S., as well as in Australia and New Zealand. The app will be launched in Japan in the near future.

Pokemon Go lets users catch virtual Pokemon characters in the gamers’ real-life surroundings. Users physically go to landmarks where they can see and interact with objects like Pokeballs and Pokemon. Users can also take pictures of the Pokemon superimposed over the real world with their smartphones and evolve the creatures caught so they can battle other Pokemon. As users build their Pokemon inventory, spending money becomes necessary to store, train, hatch and battle the creatures.

Players seemed to thoroughly enjoy their first full weekend searching their neighborhoods for virtual Pokemon to capture. The game’s servers have crashed repeatedly from the overload. Users have also reported slow loading times and other technical glitches resulting from the heavy usage.

Pokemon Go was jointly developed by game developing company Niantic and the Pokemon Company, with Nintendo as a partner. Nintendo owns a third of Pokemon Company and both have undisclosed stakes in Niantic.

There have been some troubling reports released about the game since its launch. Four people were recently arrested in Missouri for luring potential victims into multiple armed robberies using the app. Numerous accidents have also been reported, with users ignoring their surroundings while playing the game.

Nintendo hopes that the popularity of Pokemon Go will boost its mobile gaming business. Nintendo held off on the leap to mobile gaming in part to protect its legacy console business. The rise of smartphones and free mobile gaming hurt the company’s profits for years. Earlier this year, Nintendo relented and released its first mobile app, Miitomo. Miitomo had a million users in its first three days.

Nintendo expects mobile gaming to help boost annual operating profit by a third, to 45 billion yen, in the current fiscal year. The company plans to release four more smartphone games before the end of the fiscal year. According to reports, Nintendo is also planning to release its next console worldwide in March 2017.

Logiq vs. Its Competitors Head-To-Head Comparison

Logiq versus Its Competitors Head-To-Head Comparison