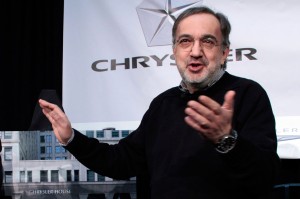 CEO of Fiat Chrysler Automobiles Sergio Marchionne is maintaining his campaign of merging with General Motors.

Marchionne publicly has pushed for the consolidation, citing the rising cost of production amongst a number of other reasons, since he oversaw the Fiat and Chrysler merger.

He has been eyeing the possible combination of GM and FCA even proposing the merger in one of his emails to Mary Barra the CEO of GM who turned the overture down.

In a recently released report from an industry publication, Marchionne did not come out and say that FCA would embark on a new hostile bid, but said there were varying degrees of hugs.

However, the CEO, who is Italian-Canadian, said it would be very unconscionable not to force a partner and added that the board at FCA must pressure GM to engage in talks.

FCA has been crunching numbers said Marchionne and the merging of the company with GM a larger rival would create one automaker with earnings of $30 billion prior to interest, taxes, amortization and depreciation.

Marchionne said that GM has refused thus far to go through any of his numbers he has. He added that he was not attempting to date Mary, but tried to get in to see her.

At the same time, an automotive industry magazine said that a high-ranking unnamed executive at GM has said why should GM be bailing out FCA.

In a prepared statement, the management and the board at GM said it was looking to maximize the shareholder value. Adding that after a thorough review was completed, we concluded that our own plan is the best way to give value to our stockholders in GM.

This past June, Barra also dismissed the talk about merging with FCA, the least profitable of the Big Three in Detroit. Barra said GM was already sufficiently big to manage costs.