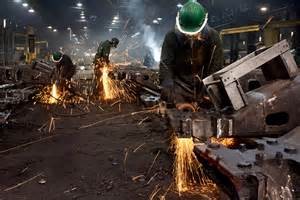 U.S. Productivity during the spring rose at its fastest rate since the latter part of 2013 while the cost of labor declined.

Worker productivity was up at an annualized rate of 3.3% during the quarter April through June, reported the Labor Department on Wednesday.

The rate rebounded from the first three months of 2015 when the level of productivity dropped 1.1% and a sizeable revision upward from the first estimate by the government of a growth of 1.3%.

Cost of labor fell at a rate of 1.4% during the second quarter indicating that wages were not increasing even as the rate of unemployment drops.

Even with solid gains during the second quarter, productivity over the last year has increased only 0.7%, which is far below the average over the long run of 2.2%.

Productivity, which is the amount of output per each hour of work, has been sluggish since the last recession and economists cannot come up with a reason for its weakness.

Faster growth in productivity allows employers the ability to boost pay that will not increase inflation.

The U.S. Federal Reserve closely monitors both labor costs and productivity in determining whether inflation is beginning to be problematic.

However, the most recent recession from 2007 to 2009 left workers with less of an ability of demand more wages.

The most recent figure for productivity reflects the revised rate the government made for the overall economic growth as measured with the gross domestic product.

The Labor Department revised the growth of GDP for second three months of 2015 to 3.7%, which was more than a full percentage point above the initial rate of 2.3%.

Those were gains economists attributed to a boost in the efficiency of the economy due to more widespread use of the Internet and mobile computing devices such as computers, smartphones and tablets.