Consumer Sentiment Declines in U.S. to Low of Three Months 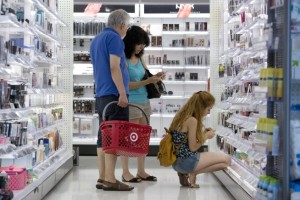 Consumer confidence fell during August to a low of three months as the recent turbulence in the stock market weighed on the outlook of Americans for the economy in the upcoming year.

The University of Michigan consumer sentiment index for August fell from July’s 93.1 to 91.9. The projection by analysts averaged 93, which was hardly changed from the preliminary reading during the middle of the month of 92.9.

A measure that determines the prospects of the U.S. economy for the upcoming 12 months was its weakest since November of 2014.

Confidence withered during the second half of August after stocks plunged on worries over the economy in China. A resilient jobs market and less expensive fuel might have kept sentiment from dropping even more, which will help bolster spending by consumers.

The group took a survey of 64 people more than what is usual during August to better capture reaction to the events of the market. Typically, the group polls 500 U.S. consumers each month.

The sentiment index from the University of Michigan of expectations for six months in the future was down to 83.4, which is the lowest it has been since November of last year from last month’s 84.1. The initial reading for August was 83.8.

The gauge of the current conditions, which is a measure of the views of Americans of their own personal finances, dropped to a low of three months from July’s 107.2 to 105.1. The mid month figure had been 107.1.

If past corrections in the stock market are an indication, the setback in August in consumer sentiment will be one that is short lived, said the survey’s director.

Americans expect inflation to reach 2.8% during the next year, which is unchanged from this past July.

Over the upcoming 5 to 10 years, they are expecting an inflation rate of 2.7% compared to one of 2.8% during July.