Will Toshiba Be Next To Go Under? 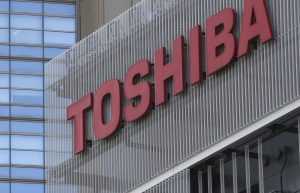 Toshiba (TOSBF) announced bigger than previously estimated losses for the nine months through December. Toshiba also reported a net loss of 648 billion yen ($5.9 billion) for the quarter ended in December. The Japanese conglomerate now says that there is “substantial doubt” about its ability to continue as a going concern.

Toshiba filed the earnings report without the approval of its auditors in an unprecedented move for a major Japanese company. The results have already been delayed twice, so Toshiba pressed ahead with submitting its results rather than seek an unprecedented third delay.

Auditor PwC Aarata refused to give its seal of approval to the earnings report. Toshiba said PwC refused to sign off on it because the auditor is still examining results of investigations into Westinghouse’s 2015 takeover of nuclear construction company CB&I Stone & Webster. Japanese regulators must now decide whether to accept the report.

Its American nuclear business, Westinghouse Electric, filed for bankruptcy protection in the U.S. last month. Cost overruns and construction delays at nuclear plant projects in Georgia and South Carolina resulted in billions of dollars in losses for Westinghouse. The bankruptcy means Toshiba will eventually be able to remove the unit from its accounts. Toshiba’s majority stake in Westinghouse will be sold under the supervision of the bankruptcy court.

Shares in the company could now be delisted from the Tokyo Stock Exchange. Toshiba has been on its supervision list since mid-March. The stock exchange must now weigh the pros and cons of forcing Toshiba to delist. Toshiba CEO Satoshi Tsunakawa said at a news conference in Tokyo, “The decision on any delisting is for the stock exchange to make.”

Toshiba is now seeking to sell a majority stake in its computer chip business. Tsunakawa expects the unit to fetch at least 2 trillion yen ($18 billion). The Japanese government has called on Japanese companies to band together to buy the unit. Reports have emerged of an offer from Taiwan-based Foxconn to buy the unit for as much as 3 trillion yen ($27 billion). Toshiba and Foxconn declined to comment on the reports.

Toshiba also said has been considering an initial public offering or sale of smart meter group Landis+Gyr. That divestment could be worth as much as $2 billion to Toshiba. Toshiba is one of the Japan’s best known multinational corporations. Now, it must persuade investors that it can resolve the crisis it finds itself in.