What Do Users Really Know About the Internet? 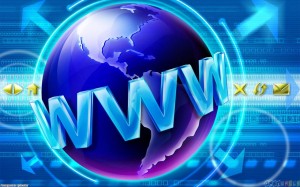 Less than 25% of Americans have learned that the worldwide web and the Internet are not similar at all.

A Pew Research study shows that web users in America have different levels of understanding of tech history, famous faces and online terms: while 82% of people know that hashtags are constantly used in Twitter, only 21% of users can identify Sheryl Sandberg as Facebook’s COO.

A large number of Internet users can correctly comprehend and answer questions about usage terms and some technology platforms commonly used, said Pew researchers in the recently published report.

In comparison, many users do not know and are not familiar with a couple of concepts that make up the Internet, as well as other technological advances that take place in today’s ever-changing world of technology.

For example, only 33% of people know that the relationship between the amount of transistors that can be placed on microchips is called Moore’s law. However, more than 65% of people know that Wikipedia can be used as an educational tool and can be modified online by Internet users.

Even though many people assume that younger generations know more about today’s technology, it might be surprising to learn that most 18 to 29-year olds very frequently had the same results as their older counterparts.

People aged 18 to 65 or older were successful in identifying Microsoft founder Bill Gates more than 80% of time.

In addition, questions that had to do with privacy policies and net neutrality stumped most people regardless of the age of the person.

The differences are more pronounced when it comes to question related to common usage of the Internet as well as social media.

The level of education tends to become clearer at this point. For example, college graduates will likely score high on the questions asked by Pew Research.

Compared to normal web users, who tend to be more knowledgeable on things such as how many characters Twitter sets as a limit and what URL means. However, only 12% of people regardless of education or age knew what was the first graphic web browser available.

Ørsted A/S Lifted to “Buy” at The Goldman Sachs Group

Tucows to Release Earnings on Thursday