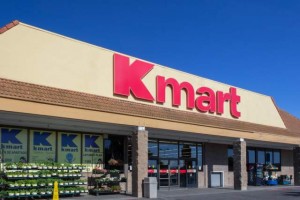 Somebody must work Thanksgiving and Kmart has said it does the best it can to staff its stores with those who volunteer to work the holiday.

However, hundred of its workers have said that is not enough. Over 600 employees signed petitions asking that the box store retailer allow its workers to at least submit a request to have that holiday off.

This is the latest group of workers in retail pushing back the creep of Black Friday.

At least ten companies are scheduled to open stores at 6 p.m. or before Thanksgiving Day, including Kmart.

The retailer is scheduled to open its doors at 6 a.m. and to stay open for a period of 42 consecutive hours.

The petition was arranged by 25-year old Jillian Fisher whose mother was scheduled to work for two shifts of five hours each last year during Thanksgiving.

She called out of the second shift in order to spend the holiday dinner with her family. Donna lost her bonus pay for the holiday but kept her job.

Jillian her daughter launched the petition that requests that employees at Kmart can request holidays off.

Perhaps due to this, Donna, was given the work schedule, morning shift that she preferred, so she can be back home when the family has dinner.

This year, Jillian said, the store accommodated her mom but now there is another employee that must choose between staying at work or spending the time with family.

Jillian conducted a survey of some people who had signed the petition. Only three of 56 Kmart workers said they were given the option of requesting the holiday off.

One Kmart employee in Hawaii said that there had been sign posted at the store that said workers could not request time off for certain blackout dates that included Thanksgiving as well as Black Friday.

He is working both this year even though Friday is his normal day off.

Kmart, in response to this petition, said for the past 23 years it has opened Thanksgiving Day and the staff is paid time and a half for if they work the holiday.

A spokesperson for Kmart said stores do their best use seasonal employees and those volunteering.