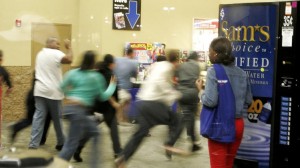 The world’s largest retailer, Wal-Mart has abandoned the one-day only frenzy of Black Friday used to give the annual holiday shopping season a jumpstart.

Instead the retailer will offer a host of its best offers on toys, television sets as well as many other items over a period of five days starting the last few days of November and into the early portion of December.

Wal-Mart will also have some of its steepest discounts online so as to better cater to those shoppers who are now accustomed to home delivery and can check prices in real time on their mobile handsets.

It used to be referred to as Black Friday, then it went to Thursday and then Black Friday and now it is almost a week in length, said U.S. chief merchant at Wal-mart Duncan Mac Naughton.

Naughton said that Wal-Mart was attempting to cater to the shoppers’ changing tastes that are no longer happy about camping outside over night in hopes of grabbing a huge deal.

Now, said Naughton, people want to be able to shop around their schedules rather than times that retailers set. The number of shoppers in Wal-Mart stores during the middle of the night in the holiday shopping season has fallen over recent years.

The Black Friday change by Wal-Mart follows other similar moves made by competitors to stretch the shopping season. Deals for Black Friday had started to already encroach on dinner on Thanksgiving and spill into the complete four-day holiday weekend.

Target Corp, which has offered free shipping during the entire holiday shopping season, started giving its shoppers an early access this week to certain discounts and will have a presale the Wednesday prior to Thanksgiving.

Best Buy plans on spreading out its deals in stores over Thanksgiving and into Black Friday. It is also offering deal only available online on Thanksgiving. This month Amazon.com started with discounts on products.

Retailers are also working to try to avoid the sometimes violent outbreaks that come during the doorbuster sales when stores first open for Black Friday.

Over the full five days, Wal-Mart is featuring different items for different days in stores and online.