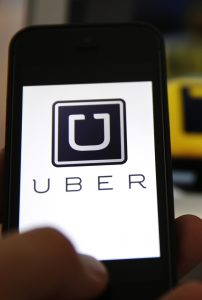 Uber Technologies Inc. has announced that it is suspending its self-driving car program in Arizona for the foreseeable future. The ride-hailing company is also pausing its Pittsburgh operations. Uber began testing self-driving cars in Pittsburgh last year and expanded to Arizona shortly after.

The announcement came after one of Uber’s autonomous vehicles was involved in a high-impact crash in Tempe, Arizona. An observer posted a photo on Twitter that showed one of Uber’s Volvo self-driving SUVs on its side near another car with dents and smashed windows. An Uber spokeswoman has confirmed the incident.

The Uber SUV was reportedly operating in autonomous mode when the accident occurred. Tempe police information officer Josie Montenegro said “There was a person behind the wheel. It is uncertain at this time if they were controlling the vehicle at the time of the collision.” An Uber spokeswoman said “we are continuing to look into this incident and can confirm we had no backseat passengers in the vehicle.”

According to the police report, the Uber vehicle was not responsible for the incident and there were no injuries. The other car involved in the incident failed to yield for the Uber car, causing the autonomous vehicle to flip. This was one of the most serious incidents to date involving autonomous vehicles on US roads. The incident is sure to re-spark the heated debate about the safety of self-driving cars.

Automakers and tech companies are rushing to develop and test self-driving cars, but there are many questions about the safety and reliability of the technology. A Tesla operating in Autopilot mode crashed into a truck last year, killing the car’s driver. Waymo, Alphabet Inc.’s autonomous driving business, has seen mostly minor incidents, often when other cars drove into the back of their vehicles in busy areas. Most of the Waymo vehicles were operating in manual mode at the time of the incidents.

This is just the latest headache for Uber, which has been hit with multiple scandals in the past few months. Waymo sued an Uber unit called Otto earlier this year for allegedly stealing designs for an important component of its self-driving cars. Waymo has filed an injunction asking a federal judge to freeze Uber’s use of the technology.

Uber has also been accused of operating a sexist workplace. Former engineer Susan Fowler wrote allegations in a blog post detailing harassment and gender bias experienced during her time at the company. Another report emerged of a company retreat where a manager inappropriately touched several female employees and was later fired. On top of that, a video emerged of Chief Executive Officer Travis Kalanick arguing with an Uber driver over policies enacted by the company that lowered the driver’s pay.