The Steele Dossier Regains The Spotlight 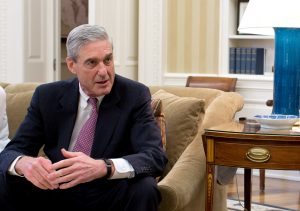 Donald Trump’s 2016 campaign and ultimate election as president of the United States left a lot of shocking news stories in its wake. Trump was given the nickname “Teflon Don” for his seeming ability to coast past controversies and scandals that might have derailed any other campaign. Indeed, when we recall that Mitt Romney’s 2012 campaign was thrown into crisis when he made a slip-of-the-tongue comment about having “binders full of women,” it’s somewhat unbelievable what happened with little consequence in 2016 and thereafter.

One issue that seemed to be major when it first surfaced was a sort of compilation of alleged information on Trump that has since become known as the Steele Dossier. Buzzfeed was among the first outlets to report heavily on the dossier, stating that it alleges Russia has compromising information on Trump (with which to blackmail him, potentially). The site also caused waves by making the decision to publish the dossier in its entirety, “so that Americans can make up their own minds,” as they put it. While Buzzfeed made sure to note that the report was unsubstantiated – and at the time, of mysterious origin – it was still viewed as a somewhat controversial decision.

The main result of that decision, somewhat predictably, was that the public (and by extension the media) seized on the most salacious details of the report. Namely, these included an allegation that Trump had made scandalous and extraordinarily off-putting requests of prostitutes while staying in Moscow, and while being recorded. The recorded tapes, if there are any, have become known as the “pee tapes,” and some still believe they’re out there and could cripple the Trump presidency. An outline of some of the most outlandish possibilities of a Trump presidency earlier this year even set odds for this “Golden Shower” footage to appear on RedTube (those odds being 6.00).

That was ultimately just one example of the public seizing on this most scandalous notion in the report. And it was probably to the detriment of anti-Trumpers. The “pee tapes” seemed so outlandish that the whole dossier more or less faded from the news, like so many potential scandals before it. Recently, however, it’s returned to the news, and in a way that makes its full content relevant once more.

That’s because we now know that Special Counsel Robert Mueller, who is investigating the Trump White House for possible collusion with Russia (as well as other things), is investigating the dossier personally. Mueller reportedly met with Christopher Steele, the ex-British spy who compiled the dossier, which is why you’ve probably been seeing headlines about it once more. This does not mean that the aforementioned salacious details are any more likely to be proven true (or false). But as The Guardian put it, it means the dossier’s findings are growing more significant by the day. It’s important to remember that beyond mention of the so-called pee tapes, the dossier also included a wealth of information suggesting collusion, as well as that Trump and those around him could be compromised.

It’s not yet for us to say which if any of Steele’s findings should be taken seriously. But we now know that Robert Mueller is taking them seriously. So when you see the Steele Dossier back in the spotlight, it’s no longer because a far left site touted it as fact, or a far right site denied it outright. It’s because the dossier is now part of a major investigation. We’ll have to stay tuned.