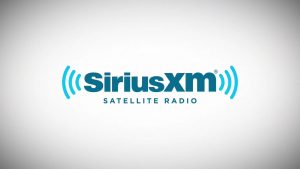 Reports have emerged that Sirius XM (NASDAQ:SIRI) is making a big investment into Pandora Media (NYSE:P). Sirius will reportedly invest $480 million in Pandora in return for a 19 percent stake in the streaming music service. Jim Meyer, Chief Executive Officer of SiriusXM, said, “This strategic investment in Pandora represents a unique opportunity for SiriusXM to create value for its stockholders by investing in the leader in the ad-supported digital radio business, a space where SiriusXM does not play today.”

Pandora‘s biggest appeal to listeners has always been its custom radio stations based on user feedback and learning algorithms. This has led the company to gain a widely distributed user base of roughly 76.7 million people who use Pandora almost exclusively on their phones. Meyer said, “Pandora’s large user base and its ability to provide listeners with a personalized music experience are tremendous assets.”

Pandora and Sirius XM, have been circling each other for more than a year. The two sides reportedly had been discussing a full-on purchase of Pandora by Sirius as recently as this week. The details on how Sirius and Pandora plan to work together are limited. According to reports, Sirius will end up with three of nine Pandora board seats, including the chairman slot.

Pandora Director Tim Leiweke said in a statement, “Pandora is now poised to advance to the next stage of the company’s lifecycle.” For years, Pandora has been trying to find ways to make enough money from ads to cover the costs of its popular free service. The company launched an ad-free subscription service earlier this year, but has struggled to transition users to the paid service.

Pandora is selling off Ticketfly, the ticketing service it bought for $450 million less than two years ago. Ticketfly is being bought by rival ticketer Eventbrite for $200 million in a combination of cash and a $50 million note. According to the terms of the deal, Pandora will hand over the ticket search, purchase, and sharing service to the other company to run, but will still retain access to the service.