Supplier of Eggs for Costco Accused of Animal Abuse 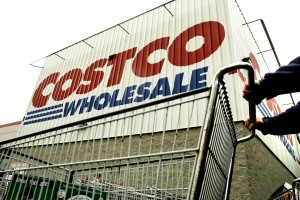 The Human Society is alleging inhumane practices at the Hillandale Farms located in Gettysburg, Pennsylvania.

The group said that an activist who was undercover was hired as an employee at the farm and recorded video in April and May of chickens being force to live in conditions that were not sanitary.

The manager of the farm, Jeff Martin, says that the video was a smear job that was put together by a group, which wants to see the elimination of his industry.

Hillandale Farms has over 2.5 million chickens that are in four different facilities according to Martin. The facility in the video produces about 468,000 eggs per day.

In the video that was posted on YouTube, Paul Shapiro a representative of the Humane Society said hundreds of thousands of animals were living lives of deprivation as well as suffering on the egg farm.

The video was released on Tuesday after being recorded inside one of the facilities that houses the chickens. It appeared to show some dead, rotting chickens that had been packed inside cages with others that were alive.

Shapiro continued in the video by saying that animal abuse sadly is standard practice. This egg factory he added represents the norm.

Martin said the YouTube video had been recorded by one of his employees – a spy for the rights group – who did not work there any longer.

The employee said Martin was called a belt walker, were he had to make sure the conveyor belts carrying the eggs from the cages continued to run smooth and to clear any and all obstructions.

The video footage showed large quantities of broken eggs that were scattered across the floor; part of the job of the employee would be to clean the eggs.

HIllandale Farms said the employee had chosen to disregard the farm procedures required in the barn where he had worked and where he took the video.

The video does not paint a picture that is accurate said Martin.

The video also focuses on the fact that Costco buys its eggs from the farm despite pledging to go cage free a number of years ago.