Sprint Likely to Have Layoffs with New Plan of Cost Reduction 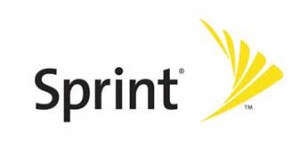 Sprint is likely to be cutting some of its 31,000 strong workforce as part of the new cost reductions of $2.5 billion over the upcoming six months, a spokesperson with the company said on Friday.

It is likely certain jobs are to be impacted by the cost cutting steps taking place, but it is too premature to speak in details, said David Tovar the Sprint spokesperson said on Friday via a call with reporters.

Along with its 31,000 workers, Sprint also employs close to 30,000 contracted workers. Sprint has more than 57.7 million customers, but is now the fourth largest provider of wireless services in the country, dropping behind T-Mobile this past August.

The plan of cost cutting of between $2 billion and $2.5 billion was described by executives in an internal memo to the employees that was sent by Tarek Robbiati the new CFO and distributed this week.

He said that the company wanted to make sure its employees know what was happening.

The memo from Robbiati was distributed a couple of days after Sprint announced that it was not participating in a low-frequency wireless spectrum auction.

However, Tovar contended the two announcements were not connected with any changes in the long-term plan of restructuring for Sprint, which Marcelo Claure the CEO has talked about on many occasions since taking the reins more than a year ago.

Tovar said the company had plenty of spectrum, in actuality more than all other U.S. companies and there was not need to participate in that auction.

Tovar added that exciting things were taking place at Sprint and that they were very upbeat about many things.

He added that you have heard on many occasions the CEO discuss the cost structure and not being in line with the rest of the industry and needing to lower costs and no stone will be left unturned as far as opportunities to cut our costs.

Sprint over the past 12 months has cut close to $1.5 billion in costs.