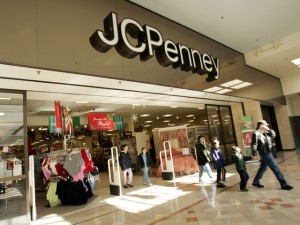 J.C. Penney shares were up on Friday as the department store retailer continued its effort to turnaround its fortunes by reporting results for the quarter that topped estimates on Wall Street and boosting its guidance for the year.

Penney’s stock increased by 8.55% shortly after the markets opened in the U.S. based in the reported upbeat earnings that were better than Macy’s and other competitors in the retail sector.

Penney said its net revenue was $2.88 billion, which was up from $2.8 billion during the same period one year ago and higher than the $2.86 billion estimated by Wall Street.

The company posted a loss of $138 million for its quarter ending August 1 that narrowed and was equal to 45 cents per share.

Sales at same stores increased by 4.1% compared to the same period last year topping the forecast of 3.89% by analysts.

Penny increased its earning guidance for the full year to $620 million up from $600 million it had estimated previously.

The company reiterated its sales of comparable stores would increase between 4% and 5% in 2015.

The best performers in the store were Fine Jewelry, Sephora and Men’s Home merchandising. All its geographic regions experience growth in sales over the same period last year.

Penney has been struggling after earnings fell during Ron Johnson’s watch as the CEO who scrapped the popular discounts and brands. He was ousted back in 2013. A decision that then returned Mike Ullman a veteran of Penney to succeed him.

Ullman then launched his turnaround effort, which included new store renovations and a new catalog.

Marvin Ellson in November of 2014 took over as the president and the CEO designee. Ellson succeeded Ullman who is now the executive chairman.