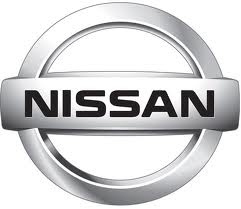 Nissan reported profits that were better than anticipated, helped by a weaker yen and by a sales recovery in China. The second largest Japanese carmaker said its profits increased by 57% to $825 million for the last quarter of 2013, which beat estimates of analysts.

The positive earnings report comes three months after Nissan cut its profit outlook for the full year by nearly 20%.

Carlos Ghosn, the CEO and president of Nissan said that earnings were lifted from the increasing demand in several important markets for new models.

Ghosn said sales in North America and Japan helped to offset the volatility in emerging markets and Europe’s sluggish conditions.

Based upon the strong lineup of products and the current demand in the market, Nissan will maintain is earnings guidance for the full year, said a company statement.

New car models at Nissan include a new Rogue, which is a small SUV and the Frontier truck that is powered by a Cummins Diesel.

Ghosn has been focusing on improving Nissan’s sales in China, China’s car market is the second largest in the world.

Nissan revenues fell in China during 2012 following a dispute over territory between Japan and China that led to a backlash by consumers and a boycott of the purchase of Japanese goods.

However, car deliveries for Nissan to China have recovered since then and increased to 1.27 million in 2013, which made Nissan the largest automaker from Japan by volume in China.

Carmakers from Japan such as Toyota, Honda and Nissan have benefitted from economic policies that are aggressive, set up and initiated by Shinzo Abe the Prime Minister.

A mix of higher spending along with low rates of interest has helped to weaken the currency in Japan, which makes the products cheaper from Japan and more attractive overseas.

The yen dropped versus most major currencies in 2013, excluding the rand from South Africa, which helped to push up Nissan car sales in markets like North America.

However, profits at Nissan were lower than other domestic rivals, due to most of the company’s production of vehicles being overseas.