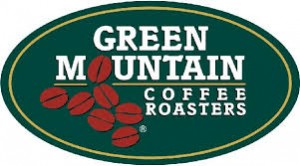 Coca-Cola Co. has agreed to purchase a stake of 10% in Green Mountain Coffee Roaster for approximately $1.24 billion as well as work together with Keurig brewers to produce a new system for making cold drinks in single servings.

Coca-Cola will purchase 16.71 million shares of newly issued stock for $74.98 each, said the two companies in a joint statement on Wednesday. Shares of Green Mountain surged following the announcement, by over 45% in extended trading to reach $117.33.

Coca-Cola struggled to maintain consumers who have begun to shun its sodas for other alternatives like energy drinks and iced coffees.

One analyst from Wall Street said that by working together with GMCR, Coca Cola could boost sales in new beverages.

The new move fit nicely in the preferred strategy by Coca Cola of taking an equity position in technologies and brands that are new and promising, like coconut water by Zico and Honest tea, helping to incubate them. Eventually Coca-Cola acquired 100% of both Honest and Zico.

Coca-Cola also has an option to increase its position in GMCR to as high as 16% over the first three years said a spokesperson for the company.

The two companies are collaborating on a single-cup brewer for beverages that would be sold during fiscal 2015 by Green Mountain. Green Mountain would then sell pods with the Coca-Cola brand, with the new machine.

At the same time, Green Mountain can partner with the companies that produce cold-beverages to sell pods that are single-serve that would work on their Keurig Cold. No other brands were mentioned by a spokesperson, and that same person would not rule out incluidng PepsiCo.

The partnership between Coca-Cola and Green Mountain will increase competition for Israel-based SodaStream, a company that makes soft-drink syrups and home appliances for carbonation.

Shares in SodaStream dropped by 3.6% on Wednesday during late trading, while Coca-Cola was up by 1.4%.