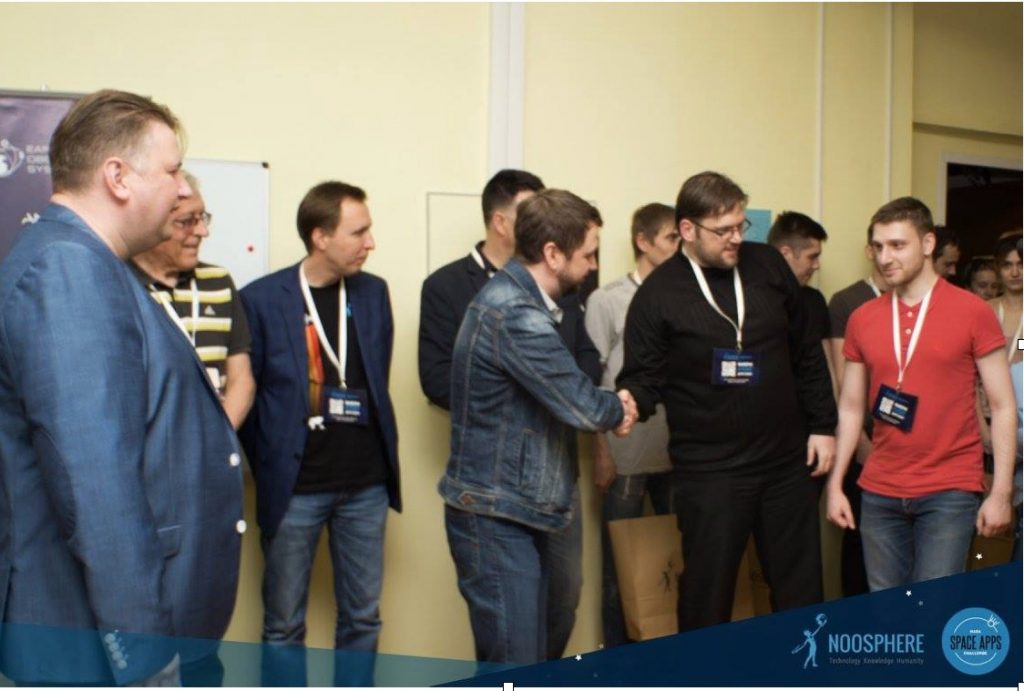 Association Noosphere, founded by Max Polyakov is planning to host NASA Space Apps Challenge 2018, a well-known 48-hour contest of engineering and robotics for non-professionals and students.

NASA Space Apps is a global event that unites everyone, who is interested in modern technologies and engineering in hundreds of centers worldwide. This year, the event was held in 69 countries and attracted over 25,000 techies, designers, and students.

Although Dnipro was holding the challenge for the first time, enthusiasts were split into 12 teams to compete for an invitation to a NASA rocket launch, the main prize of NASA Space Apps 2017. All the teams showed exceptional results. One of the best solutions was offered by Team Spacer that took an amazing 8th place worldwide. The team’s innovative concept was to create a global network of sub-orbital station prototypes that imitate real space conditions in the form of modern playgrounds for children and teens. Max Polyakov, along with the other leaders was impressed by the outstanding brainchild of the Dnipro team.

The event was held in a 48-hour cycle and included a long list of topics. Hardware innovations, galactic impact, inspiration for humanity, the usage of NASA data and new ideas for NASA missions were among the hottest issues at NASA Space Apps 2017. The global ideas and solutions of most participants attracted the attention of NASA and other supporting organizations. Furthermore, participants from Dnipro now have even greater news: Max Polyakov’s Noosphere is going to host NASA Space Apps next year as well.

EOS, founded by Max Polyakov, was developed for analysis and processing of GIS-data. The company’s main goal fits perfectly with NASA events. The employers from EOS also took part in NASA Space Apps to help participants with their hi-tech creative ideas.

Max Polyakov decided to support the NASA Space Apps Challenge, since it aimes to inspire young amateurs and industry professionals to make important findings and solve the global issues of humanity. Furthermore, the event gives youth a unique chance to show off their inventions and bright concepts that can easily change the world.

Organizers and participants are now looking forward to Space Apps Challenge 2018. Association Noosphere and its founder, Max Polyakov, are also ready to encourage and help young professionals to implement their modern ideas in technology, engineering and robotics at the next NASA event.