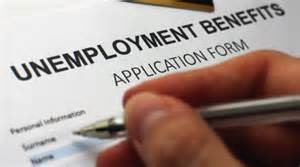 Jobless claims have increased for four straight weeks but are still at historical lows.
The number of people in the U.S. seeking unemployment benefits for the first time rose just slightly this past week but remained as historical lows, which suggest there continues to be a strong labor market.
Initial claims for unemployment, a proxy for layoffs in the country, increased by 4,000 to an adjusted seasonal rate of 277,000 for the week ending August 15, announced the Labor Department on Thursday.
Economists were estimating that the initial claims would by 272,000.
The Labor Department also revised the figure for the prior week from 274,000 down to 273,000.
Claims data, for week to week, are volatile. While the moving average for four weeks of claims removes volatility and climbed 5,500 it is still hovering close to a low of 15-years.
Layoffs take place even when there is a healthy labor market. When they remain below a specific threshold of 400,000, for many economists, it is a sign that market is stable. Claims that are lower often are an indication the economy is adding many jobs.
In July, 215,000 new jobs were created in the economy and it has added 235,000 monthly on average for the last three months. The rate of unemployment is currently 5.3%. Job openings are still relatively high, suggesting that the job market is continuing to expand.
The gains in jobs could reassure the U.S. Federal Reserve as they are debating when to raise interest rates as well as how quickly they will do so.
Most economists believe the U.S. central bank will start increasing its rates at its next policy meeting in September.
The jobless claims report on Thursday showed that the number of claims for continuing benefits of unemployment dropped by 24,000 to just over 2.254 million during the week of August 8. The continuing claims report has a lag of one week.