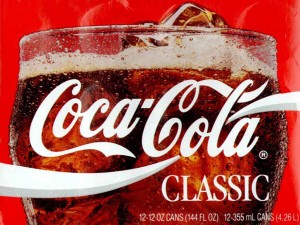 Authorities from Varanasi, a village the northern region of India said Friday they planned to demolish an illegal bottling plant owned by Coca-Cola that is the center of protests due to allegations it is extracting an excessive amount of groundwater.

The revenue administration ordered the demolition of the plant in December in the state of Uttar Pradesh. The administration said the plant had been built on land that was owned by the village council making it illegal.

Earlier the village administration had imposed a fine of $2,000 or 126,000 rupees on the Coca-Cola plant. India is one of the fastest growing markets for Coke due to the middle class in the country expanding.

An officer from the Revenue Administration said he plans to implement the orders for demolition within days.

However, Kalyan Ranjan, the spokesperson in India for Coca-Cola said the corporation had the required documents to prove its ownership of the land and the maker of soft drinks has appealed the demolition order.

The bottling plant in Varanasi, one of 58 that Coco-Cola has in India, has seen a great deal of controversy for years. Demonstrators have accused the company of creating huge shortages of water because of what they called excessive extraction of the ground water and the polluting of the water and the soil.

Coke said last year that work had been completed on an expansion of the bottling facility, which now produces over 600 bottles each minute.

Similar protests by the public have taken place at bottling plants owned by Coke in other regions of India, alleging the depletion of water and pollution. Those allegations have been denied consistently by the Atlanta, Georgia based company.

The fight between locals and industry in Varanasi is a reflection of a broader fight, taking place in India where efforts of modernizing have many times encountered village protests. These villagers account for over half of the 1.2 billion people who live in India.

Coke left India during 1977 after a ruling by government that would have required the company to share its formula with its partners in India, but re-entered during 1992.