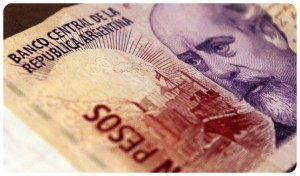 The Argentine peso plunged this past week by 13% increasing the fears of another meltdown financially in the South American nation that went through a collapsed economy just over a decade ago.

The government of Argentina devalued its currency on Thursday in an attempt to jump start economic growth. The resulting devaluing of the peso was the worst in 14 years, when the country had to default on debt.

Devaluation can cause exports to become much cheaper and make them become more competitive around the globe, but the opposite with imports, as they become more expensive and that helps to drive inflation up.

The move on the currency was a shift in policy for Cristina Kirchner the Argentine President, who is a populist and had vowed previously to not devalue the country’s currency. The move also raised concerns about the falling dollar reserves Argentina has.

The peso sell off came as other currencies from emerging markets, such as the lira in Turkey and the rupee in India have been hammered because of the expectation that the U.S. Federal Reserve, Bank of Japan and the Bank of England would pull back on their stimulus programs which would hurt the emerging economies.

As growth forecasts in the developed nations started to become more positives, there is not as great a necessity for the stimulus from the central books, said on currency strategist at Citigroup.

That in turn might lead to bond yields being higher in the developed nations along with stronger currencies. However, the emerging markets have been relying on the U.S. Fed, the BoJ and the BoE by keeping rates of exchange low so they would be able to borrow aggressively and fund their own economies.

Because of that, many of the emerging markets have performed well following the financial crisis, as growth remained sluggish in developed nations.

However, the prospect of an increase in rates added to the domestic political and economic problems have made the emerging market investors run for the exits.

A drop in oil prices as well as with other commodities, typically the bread and butter of many of the emerging economies, has only increased the concerns of investors.