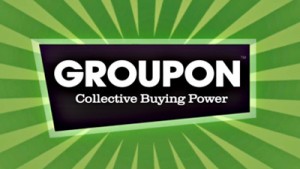 Groupon reported fiscal year and fourth quarter earnings for 2014 Thursday afternoon that beat expectations for both its revenue as well as earnings per share. The stock of the e-commerce company based in Chicago were down in trading after hours as the 2015 first quarter forecast missed expectations on Wall Street.

Consolidated revenues during the fourth quarter reached $925.3 million, which was 20% higher than the year before of $768.3 million. That also beat Wall Street estimates of $908.5 million. Revenue for the full year was up more than 24 cents ending at $3.19 billion in comparison to more than $2.56 billion in 2013.

A customer base that grew with increased per customer spending helped billings and revenue to increase. Black Friday as well as Cyber Monday record sales helped boost performance during the fourth quarter.

During 2014, Groupon introduced products including Snap, which refunds money to shoppers for grocery purchases, Pages for listings of merchants, Getaways app and Gnome a tablet platform for in-store for redemption of vouchers.

The company said it expects revenue for the first quarter to be between $790 million and $840 million and earnings per share of non-GAAP or between $0.00 and $0.02. The 13% projected revenue growth disappointed investors. The company outlined 15% growth in revenue back in November at Investor Day.

Groupon shares were down 1.58% on Thursday and traded even lower after hours.

Reviewing The Pennant Group and InnovAge