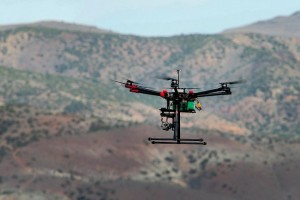 On Sunday, the Federal Aviation Administration released its long anticipated proposal for the governing of small commercial drones, which sets up a plan for the remote-controlled crafts to share the skies with the many passenger planes.

The proposal by the FAA would give approval for drones that weigh as much as 55 pounds to fly within eye sight of their remote pilots during hours of daylight. The aircraft are required to maintain an altitude of less than 500 feet and fly under 100 mph.

People that fly drones would need to be 17 years of age or older, pass a test on aeronautics and be vetted by the TSA. However, a certificate would not be needed for flight hours or medical rating for a private pilot’s license.

We have attempted flexibility with the rules said Michael Huerta the FAA administrator, but must maintain the outstanding level of today’s aviation safety without placing undue regulatory burdens on the emerging industry.

The FAA requested public comment for 60 days on the proposal for the drones that are commercial in use, but experts in the industry said the analysis of the expected comments might take as long as 18 months or more before rules are finished.

In other Sunday news, President Obama has signed a presidential memorandum that governs how federal agencies will use drones. This memo, which is the same as a presidential executive order, requires that agencies publish within a year how to access policies about drones, particularly about the collection, retention as well as dissemination of  the information.

The goal is to make sure the uses do not discrimination against people based upon race, ethnicity, gender, sexual orientation or religion, as well as making sure they do not violate the First Amendment.

While the surveillance done along the U.S. border with Mexico is a much publicized use of drones by the federal government, the aircraft is expected to be used in a number of other ways.

The FAA’s latest proposal as well as the presidential memo represents the most recent progress in the integration of drones into airspace in the U.S.