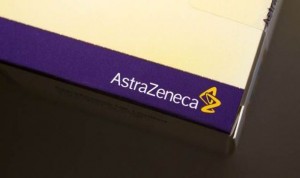 Eli Lilly and AstraZeneca are combining two cancer drugs in a clinical trial against tumors that are solid in the latest sign such cocktails might be what lies ahead in fighting the deadly disease.

The experimental AstraZeneca antiPD-L1 immunotherapy MEDI4736 is to be tested alongside the approved medicine Cyramza by Lilly, the two companies announced on Friday.

The phase 1 early stage trial will be operated by Lilly but any additional details including tumor types that will be studied and its financial terms have not been released.

MEDI4736 belongs to a new group of treatments that are designed to increase the immune systems in its battle against cancer. Cyramza is one of the older forms of drug known as anti-angiogenic medicines made to starve a tumor of blood supply.

Roche, the largest maker of drugs for cancer in the world, is already conducting tests on a similar drug combination of its drugs and the anti-angiogenic medicine known as Avastin.

For AstraZeneca, the Lilly tie up is another step in the declared aim of the company of bringing in partners for other countries to help make the most of its cancer drugs. It follows the deal with Celgene last month.

The potential of these drugs that unleash the immune system of the body to fight cancer will be the focus of the meeting in Chicago on Friday of the American Society of Clinical Oncology.

One medical expert said that MEDI4736 is supported through a comprehensive development program and is emerging as the cornerstone of the combination focused immune-oncology pipeline that is targeting multiple types of tumors.

He added that the collaboration with Astrazenca and Lilly was a great addition to the company’s ongoing program and would provide the opportunity to look at another exciting, novel combination that could deliver an all important clinical benefit to worldwide cancer patients.