Consumer Sentiment Drops the Most in More Than Two Years 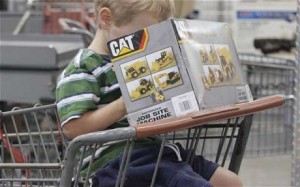 Consumer sentiment in the U.S. fell unexpectedly during May by is most in over two years as the economy was viewed by Americans in a bad light.

The preliminary index of sentiment from the University of Michigan dropped from 95.9 during April to 88.6, which is its lowest since October.

The decrease of 7.3 points was the biggest since December of 2012. The outcome ended up lower than even the lowest estimate of close to 70 economists. News that the largest economy in the world had stalled during the first three months of 2015 shook the outlooks of Americans, while the increase in costs of fuel since the beginning of March also added to a gloomier outlook.

While just lower than last month, households held upbeat views on incomes, which is a sign that spending is going to be sustained.

The director of the survey said the drop was widespread amongst all regions of the U.S. as well as in age and income.

Economists had projected that the reading would remain unchanged for the month, but estimates ranged from a high of 97.5 to a low of 91.4. The gauge for five years had an average of just 88.8 leading to the recession that started in late 2007.

The index has had bigger declines than during May in just 20 months since the survey began months back in 1978.

Another report indicated that production in factories stalled during April as manufacturers in the U.S. were hit with cheap oil and a strong dollar.

The reading that remained unchanged in output followed a gain in March of 0.3%, according to new data from the U.S. Federal Reserve.

Industrial production dropped for the fifth straight month as utilities and mining companies cut back. The sentiment survey that looks at the current conditions of Americans sentiments with regard to personal finances dropped from 107 to 99.8.

The measure for six-month expectations from now fell from 88.8 to 81.5.