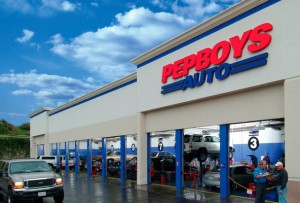 Bridgestone Corp announced that it has agreed to purchase the retail chain Pep Boys for $835 million, which pushes it deeper into the industry of auto-parts that has been the benefactor of Americans keeping their vehicles longer on the road.

The acquisition should close just after the end of 2015.

The deal will unite Bridgestone’s U.S. subsidiary, the tire giant based in Japan with Pep Boys’ over 800 auto parts as well as maintenance shops.

Bridgestone operates as of now over 2,200 automotive and tire centers across the United States, and this merger will create the largest chain in the world of its kind, said a statement released by the tire maker.

Auto parts chains have been seen as a positive in the retail market, which has suffered due to the slowing foot traffic and was as competition increased in e-commerce.

There are now more cars than any previous time on the roads in the U.S. They are now older than ever partly due to the lingering effects of a deep recession that has increased the demand for auto service centers and components.

A new generation of more cars that are high tech also has proved to be a boon to mechanics. They have parts, which are more sophisticated thus more expensive and harder to be worked on by amateurs.

Pep Boys shares were up 23% following the announcement of this deal, the transaction price is approximately 62% above what the stock had traded on back on May 19, before there was speculation that a possible sale was in the works.

Pep Boys originated in 1921 when four veterans of the Navy pooled $800 and opened a store located in Philadelphia.

At that time, the Model T from Ford was fueling U.S. car ownership, spurring on demand for car repair parts.

Now the chain, which is in 35 states as well as Puerto Rico, sells maintenance and tires, as well as car parts that customers are able to pick up themselves at the store.