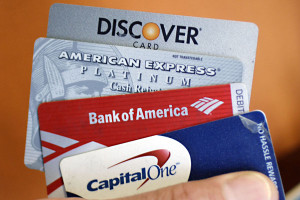 U.S. consumers have seemed to forget about the lesson they learned that debt is not a friend. In what is likely a good sign that the U.S. economy is growing with consumer spending increasing, data from April released by the Federal Reserve is not positive news for those who had hoped Americans would be more responsible with personal finances.

Late last week, the Federal Reserve released a report that showed the total amount of personal consumer credit. The figures increased by over $26.84 billion to reach a total of more than $3.17 trillion. The increase was well above the estimates of analysts.

The increase was also much larger than the increase of $19.5 billion for March. The new numbers show that consumer debt is currently growing at an annual rate of 10.2%.

Since July of 2011, May’s figure was the fastest growth for consumer debt. Most came from credit that is non-revolving, the type that includes student and auto loans, which was up by $18 billion during April.

The numbers looked worse when it involved debt on credit cards. The Federal Reserve said that revolving credit, which measure credit card use by consumers, had increased by over $8.8 billion.

That means debt on credit cards is now approximately at a 12.3% annual increase, which has not been seen since just after the terrorist attacks of September 11, 2001 when consumers were urged to spend as a way to improve the economy.

The principle of personal use of credit cards is to never actually borrow any money on those cards. The idea is that any purchases made during the monthly cycle will be paid in full as soon as the monthly statement arrives, in order to avoid interest rates in the double-digits.

While the increase in debt on credit cards might give the economy a boost in the short-term, it will hurt over the long-term, as those same consumers will have to pay interest on their balances instead of spending money to buy goods in the economy.

The higher figures showing a willingness by consumer to use credit cards indicates many are not understanding how high the cost of making purchases on credit is.