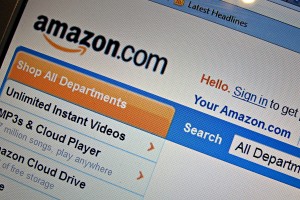 Expanding on its success of the sales holiday known as Prime Day earlier this year, Amazon has announced that it is now going to launch a store that is dedicated only to deals for Black Friday, where members of Amazon Prime can have early access to some of the company’s best discounts.

The Deals Store is open to any consumer, as the shopping season for the holidays begins with some forecasts for record numbers. However, the additional bonus for Prime members is they will have access of more than 30,000 Lightning Deals a full 30 minutes prior to others.

The idea is to make some of the savings exclusive for Prime Members who helped make the first ever company Prime Day a huge financial success that was bigger than Black Friday.

The day was in July and broke the record of Amazon exceeding 2014 sales of Black Friday, which was its largest to date before July.

However, holiday online shopping season is not confined only to a day for of solid sales, it is an ongoing stampede as consumers do their buying of gifts through online sites such as Amazon more that at brick and mortar establishments.

Some retailers are choosing to remain closed Thanksgiving in response to consumer pushback about being open and beginning the holiday shopping season on a holiday itself that is so family oriented.

Companies also know that people are not as keen on standing in line for an event like that if they can person the same thing on their smartphone or tablet.

Amazon said that its Deals Store for Black Friday would feature thousands of different deals for all shoppers online in categories such as electronics, toys, jewelry, clothing, kitchen and much morning through the end of December 22.

At the same time, members of Prime can access more than 30,000 deals ahead of other consumers including between 30% and 50% discounts on certain items.

However, it is not clear if the early access to the deals alone will be sufficient to drive an increase in the number of Prime Members on the site or if those deals are strong enough to convince consumers to sign up as a member of Prime.